Cook these slow-cooker pork chops, whip up some instant mashed potatoes, some frozen vegetables or mac and cheese and you’ve got yourself a hearty meal!

My thinking behind this recipe is to keep the gravy flavor consistently beefy.

For example, you will see many slow-cooker pork chop recipes that call for cream of chicken and beef broth in the same recipe. I prefer not to mix chicken and beef flavors together for my gravy. For this version, only beef and mushroom flavors are used. I plan on doing chicken gravy and pork gravy versions in the future. 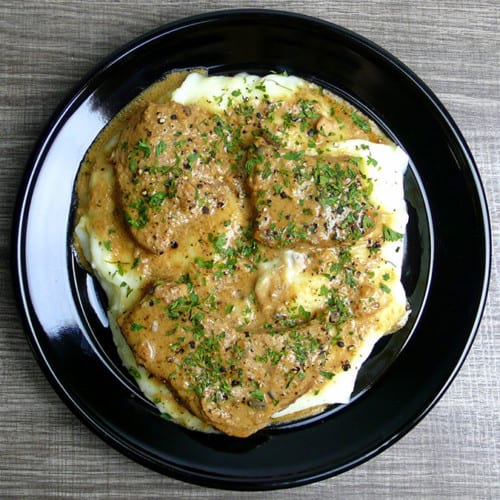 Jeffery Holmes is the founder of Howzoo.com and has been a home & garden blogger since 2013.
Twitter: @DIYJeff

Do NOT follow this link or you will be banned from the site!